Jeff VanderMeer has been a major voice in experimental fantasy for well over a decade, and in 2014 he stepped into the mainstream with his three-part Southern Reach trilogy: Annihilation, Authority, and Acceptance. Annihilation is the first, shortest, and most accessible of the three, and it looks to be a major Nebula (and perhaps Hugo) contender in 2015.

Annihilation tells the story of an expedition to the mysterious Area X, an anomalous bit of the American coastline where . . . something . . . has happened. VanderMeer spins this mystery into a unfolding conspiracy, as characters and readers try to figure out what exactly is going on. VandMeer’s novel is both tense and scary as it spirals into a zone of paranoia and madness: is anything real? Is anything knowable? Is everyone insane? It’s best not to know too much about the narrative before you start reading; just trust VanderMeer to take you on a bizarre but enjoyable ride.

I found Annihilation the most effective part of this trilogy. VanderMeer is at his best when he’s weaving these kind of paranoid delusion stories, as he has proved so well in his Ambergris books. Once he starts to give us answers in Authority and Acceptance, Southern Reach drags a little. Still, Annihilation is a heaping slice of weirdness, and as strange, creepy, and effective as anything VanderMeer has written. While VanderMeer has been somewhat inaccessible in the past, Annihilation is brief and direct, and has opened up his writing to a whole new audience.

VanderMeer has one prior Nebula nomination for Best Novel, for Finch, and three Best Related Work Hugo nominations. VanderMeer comes across as a very “writerly” writer, with a careful control of his craft; I figure this is exactly what the Nebula voters love, and that they’ll strongly support his book. Throw in the fact that VanderMeer has had a long and distinguished career (cool experimental novels, anthologies, books about writing) and he seems a tailor-made Nebula candidate. I currently have him very high up on my 2015 Nebula Prediction.

The Hugo is a little dicier, given the experimental nature of VanderMeer’s work. Still, Annihilation sold well, and there’s a chance that VanderMeer sweeps both the Nebula and Hugo. This has happened quite a bit in recent years: an author builds momentum through the entire season, riding a Nebula nomination to a Hugo nomination to a Nebula win to a Hugo win. Since the award season is staggered in that fashion, a cascading effect is definitely possible. This benefited Walton in 2012 and Leckie in 2014.

I think it’s up in the air of how exactly voters will handle this trilogy: nominate Annihilation? Nominate the whole of The Southern Reach? A lot of this depends on how the Nebula and Hugo awards put together the slate. We’ll find out when the slate is revealed. 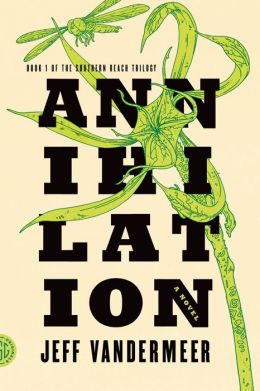 That’s an impressive amount of coverage: when Annihilation came out in February, it got reviewed everywhere. That exposure is really going to help VanderMeer come awards season.

Since the book has been out since early in the year, there’s plenty of reviews to choose from. I took a representative slice from WordPress, and reviews are very positive across the board. Of all the books I’ve looked at 2014, I think this had the best reception on WordPress. Whether that carries over to the Nebulas is another matter, but, at the very least, readers were highly intrigued by the start of VanderMeer’s trilogy.